RSS feed for this section
This category contains 223 posts

Spain’s Ministry of  Education, Culture and Sport has announced a new initiative for tackling piracy, especially online. Minister Íñigo Méndez de Vigo said a special prosecutor’s office will be developed alongside enhanced technological and human resources. An educational campaign targeting children is also on the agenda. |Andy | _______ # ! ☠… with Spain is … Continue reading →

Technology is social before it’s technical. —Gilles Deleuze Humans are driven quite a bit by emotions. You may be a rational human being, but your emotions will still drive many of your choices. You can be excited, angry, interested, or sad about things—it doesn’t matter—you’ll react to those emotions and you’ll very often leak that into … Continue reading →

Have you ever wonder how everything works? From Smartphones Operating Systems to even each and every Linux Distro and every Operating System created by Microsoft and Apple … | linuxandubuntu.com | __________________   # ! … to know how all this computing stuff works # ! from the inside and communicate with IT… _______ [Source: … Continue reading →

#Squawkr #Alerts You When a #Pirated #Movie #Leaks #Online | TorrentFreak | # ! Now it’s to be seen…

Are you wondering when the latest blockbuster movies will leak online? Then Squawkr might be something for you. The new service allows people to maintain a watchlist of films and sends alerts when a high-quality scene release appears online. | Ernesto | _________   # ! … who se this tool more… # ! … movie … Continue reading →

You would have a difficult time today finding a radio station that was all-live and did not have some kind of computerized, automated means of storing and playing audio. In a bygone era, hands-on media management of records and tape cartridges (“carts”) was the way of the world. | Alan Peterson | ______________   # ♩  … Continue reading →

This Blog (although not necessarily all the linked contents, that belong to their original -recognized & stated- Authors) is licensed under a Creative Commons Attribution-ShareAlike 4.0 International License.

*aka This is a
[Free Cultural Work]

# ! promote computer user #freedom. We defend the rights of all software users.

# ! Support #FreeAccess to #Culture & Give & Get Excellent Free Stuff… 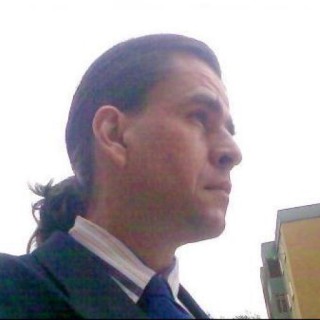